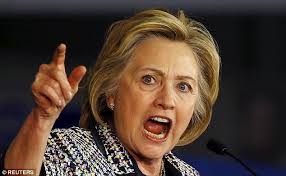 I wonder if Hillary Clinton is running for United States of America president or Hollywood star.  Following her convention in Philadelphia on CNN, was an awe moment. Listening to Morgan Freeman’s opening documentary of Hillary’s life, was like watching a narrative of a great movie star. Not to mention there was a lot of Hollywood touch.  But if you take a moment and seriously think what is this about , fame or patriotism?

It was all about “I” Hillary. What about USA?

as patriotic Americans were shouting in the Republican Convention. Her platform priorities were women and children. That matter is important to us, however let’s focus on a more serious issues such as: Number one problem; terrorism in America  and against American people abroad. Economy, equal health care to all, our Veterans, Police and social justice. She only touched personal issues that are close to her heart. Being a president is not about personal matters or your kids and grandchildren,

it’s about the American people inland and outside. We are not in Hollywood nor actors. It’s about real people with real problems. America has been under threats since Obama’s reign. Do we need more of lets party and have kumbaya moment

or let’s strap our boots and be the Superper power not a laughing stalk in the name of political correctness. Are we waving our rights to protect foreign interest? My fellow Americans it doesn’t take a rocket scientist to figure out the self fulfilling prophecy of Hillary Clintons “I” . Come November think of your rights and God given right to live safely in America. 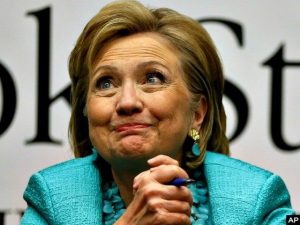