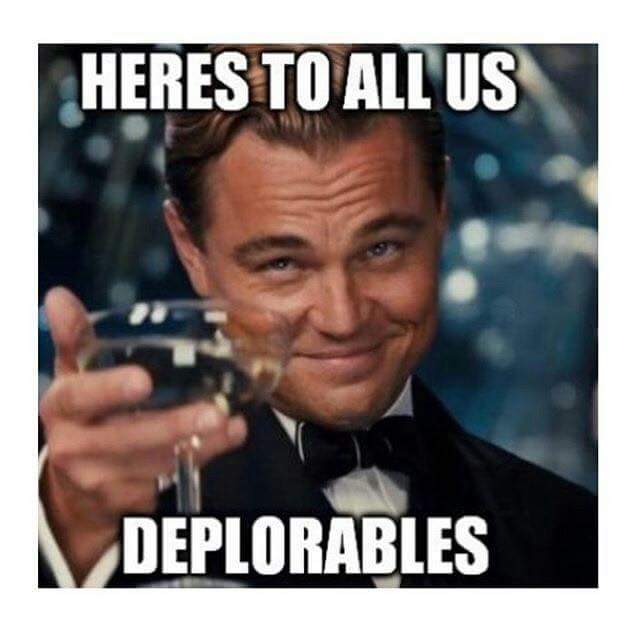 Hillary Clinton’s campaign remarks calling Donald Trump’s supporters “a half basket of deplorables” is offensive to Americans voters. That hypocrite claimed Donald Trump is ‘temperamentally unfit’ to be commander in chief. From what I have heard and seen from Hillary Clinton’s campaign speeches are nothing but divisive.  She goes on claiming that Donald and his supporters are racist, homophobic, Islamophobic etc. She further insults not only Donal Trump but the rest of American voters who are looking for someone who would strengthen the security and economy of United States of America.

She implies that we are paranoid, let’s remind the general population that Paranoia has been instilled in us because of what Radical Islam terrorized Americans.  The first assault on American ground was on September 11, 2001 and just to name few.  Hillary and Obama catered to Islam and they certainly paid them with this. 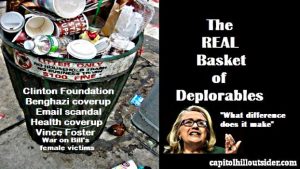 Let me also remind you the Arab Spring turmoil under Hillary Clinton as Secretary of the States for eight years under Obama’s administration. 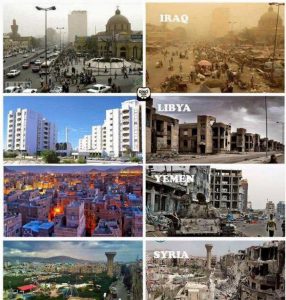 She boast of Islam and yet she turn them against each other. I don’t think Hillary Clinton is fit to be the Commander and Chief of United States of America. She is physically and emotionally unfit and would not disclose her health records. American people need to look deep into terrorist attacks in their soil while Hilary Clinton and Obama called Islam religion of peace. I guess you can’t please Radical Islam no matter who runs USA. They have an agenda and they will carry their Jihad anywhere as long as puppets like Hillary and Obama will bow down to their demands. America needs someone tough on crime and terrorism, we don’t have time to walk on egg shells so we don’t hurt anyone’s feelings. This is a national disaster, not an office infringements of someone’s rights. How many people in United States gonna die or live in by terrorist attacks in their neighborhood under Hillary and Obama? You can’t live in a country where you will need to live under heightened security measures and warnings all the time, political correctness has no place in national security.   Now who’s a basket of deplorable I may ask. 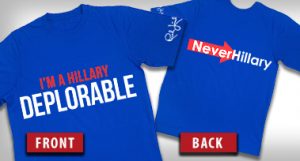