After all it’s been said and done, my husband and I stayed up late last night as the electoral votes were turning up until 3 am. CNN was shocked to learn that Donald Trump was winning state after state, the United States map was flared with RED. There were faces of aw and disbelief because Trump’s words by not accepting the early poles until election day came to past. He was right all along that the media poles were deceiving.

I’m sure Hillary Clinton’s Star struck performances did not win her many votes. Never in American Election history has anyone used Hollywood’s touch and a president who would use tax payers money to campaign for Hillary Clinton. You won’t believe it until you had seen it all unfold that truly OBAMA/Clinton Administration is corrupt.

The American People have spoken loud and clear, they need and want change. Donald Trump is the only man who would understand voter’s frustration with broken promises and corruption of Clinton’s at the white house for over 30 years.

The lefties bias media was lost of words as the votes were coming in, I could not stop laughing and thinking, who do you think you are? We know Hillary has a hand in the media by way of corruption as we all know. The facts were dead on right when it came to show that the American people did not fall for the media nor Hollywood.  I’m grateful for Wikileaks, YouTube and social media that showed the real story not censored by the media. We are far better educated to understand politics and their agenda than a decade ago. We are the media and we are the people who can make choices based on raw facts not Clinton facts.

Thanks to all American people and Chaldean people who thought this through and through and went out and voted. It’s time for change and new administration. The white House needs major renovations clear of radicals and special interest. 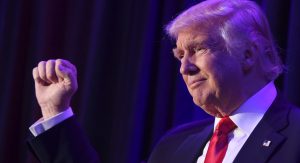