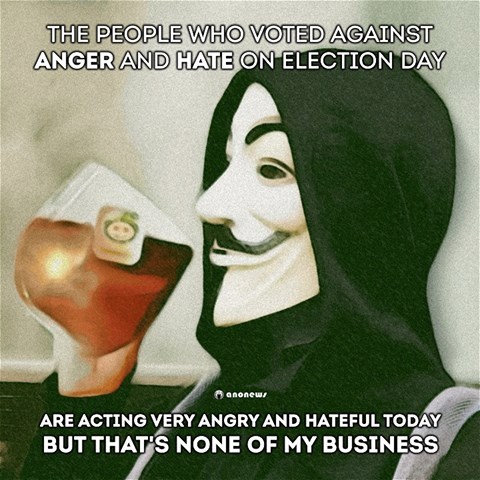 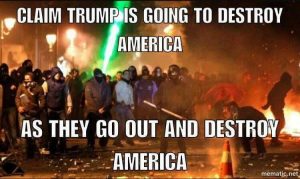 Just a little dose of education to those brainwashed by the mainstream media about Donald Trump, read between the lines and do some background investigation from raw source not filtered by the media especially CNN owned by Al Jazeera. Trump maybe arrogant, belligerent and sometimes obnoxious in his speech, but he’s not a traitor.

Clintons feared losing their million dollars foundation and happy life at the white house under corruption created a fiasco of brainwashing false accusation against Trump. What would you do if someone threatened to take your high paying job?

Clinton ran a smear campaign against Trump accusing him of being: Racist, homophobe, xenophobia, anti-Muslims, anti-Latinos and misogynist. Wow just the perfect scheme to stir the pot because our society is made of the above what better way to get people fighting. Look what she did to Middle East Arab Spring, she turned Muslims against one another and formed ISIS.  She let down Christopher Stevens ambassador to Libya, it was Muslims who drag him down, knowing he’s gay sodomised and tortured him to death including all his staffers and CIA agents, that’s why she’s still under investigating for those 30 thousand emails she deleted. What Secretary of the States who worked for the white house over 30 years does not understand the different between C and S for secret files?

Let me elaborate on what Trump is all about, we Middle Eastern Christians have listened to him well and he visited our communities in United States.  First and foremost, he’s a patriot, who wouldn’t respect such for a president. He’s a billionaire no greed there his mark is all over America. He’s a business man who’s empire employees all of America, yeah he’s been bankrupt, so what? All big million dollar companies have a special leeway to go bankrupt and get richer thanks to government laws. Half of Latinos work for him, his finance executive at Trump Towers is black woman, employee’s gays, blacks and immigrants. He’s married to immigrant who just got her green card by way of legal immigration. He’s preaching against illegal immigration, the vetting of Muslims coming from Terrorist countries that stand against our values, built a wall against Mexicans illegally entering USA that’s been a subject of every U.S. election for 100 of years, including Bill Clinton former president. Against Mexican Drug Cartel and violence coming to USA, against getting their nose into foreign policy by making enemies with Russia and Middle East after all that’s why there had been terror attacks on American soil.  Trump ran for president and he conveyed his message about leadership, he rattled the rest of the world because he means business. Mexican President invited him to talk, Israel Prime Minister came to visit him and Russia’s Putin spoke highly of him. Obama has been in the White House for eight years and all you see him playing golf while Black Americans are screaming BLM, no visits to other nations to do business, no visits to black neighbourhoods to promote unity, America has become a disaster and a breeding ground for terrorist attacks and drug violence.  What is wrong what Trump by asking for LAW and ORDER? Those who oppose Trump are anti-government and law and order. Never in American presidential elections have Hollowed been the center of attention a vocal for any candidates, why Clinton one would ask? What’s in it for the celebs? They call Trump racist, how about Hollywood movies that depict Latinos as drug dealers and housekeepers just watch “Maid in Manhattan” played by Jennifer Lopez. Depicts Italian church goers who assassinate others mafia style “God Father”.  Depicts Muslim terrorist and misogynist” Not without my Daughter” Christians as prostitution and using God’s name in vain “Jesus Superstar”, try doing a movie on Quran or Muhammad, good luck Hollywood you know you will be blown up to pieces. That’ what I call hypocrites! Hollywood does not define family, values and religion for they are ill creatures who only know drugs, rock “n” roll, and sex and over doze is the new thing. They are selfish indeed, what have African American stars done for their own community just ask Beyonce Knowles who entices riots against white police, Will Smith who’s converted to Islam instead of help his fellow African Americans get ahead in life. 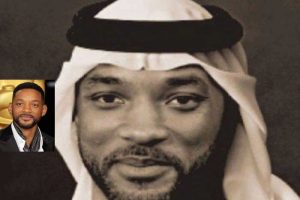 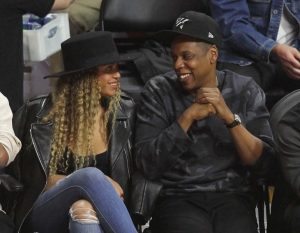 I don’t listen to candidates who speak smoothly and slimy like the snake. After all, the DEVIL came to EVE in snake form slithering and smooth talker who brought the biggest sin over mankind which we are the seed of great evil.  Pay attention to those who speak the truth no matter how much it hurts, dig further behind the message don’t be masked by the censored media after all, they work for democrats and liberals. Don’t be swayed by your peers and feel left out stand for what’s right and just. 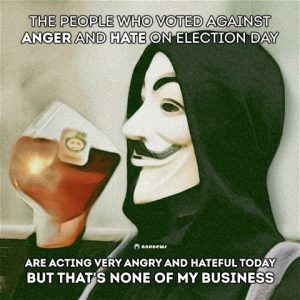