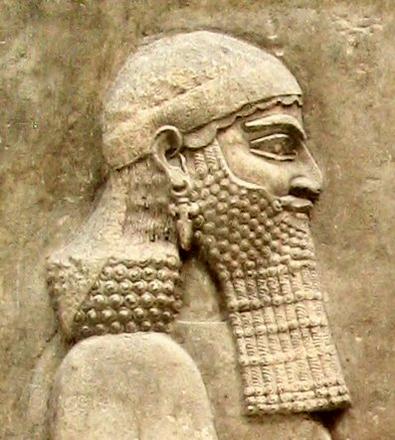 In the field of Near Eastern Studies, one is bound to study the civilization of the Great Assyrian Empire, chiefly that of the Neo-Assyrian Kings including: Sennacherib, Sargon II and a variety of other prominent kings during the Ancient Times. The Assyrian civilization was definitely a well-recorded and historical period being the first to conquer the “4 rims” of the universe. However, a question a student of history or skeptic may ask is:

Who were the Assyrians and where did they go? Let’s start by defining the Assyrian Empire and their achievements.

Following the Dark Ages, a period that silenced many nations and nation-states and produced very little historical documents, the northern region of Mesopotamia – Assyria, would soon dominate the entire Middle East and its surroundings. By the 10th century BC, an Assyrian dynasty would inaugurate by Shalmaneser II, although he himself had predecessors, however. The Empire would be solidified under him through his military and deportation strategies. 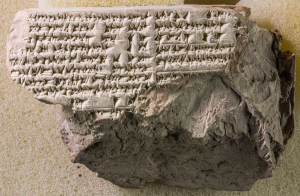 The language spoken by the Assyrians was Akkadian, which is a Semitic language, which was used in Mesopotamia and its surroundings from 2,500 BC-750 BC. Furthermore, Akkadian was the Lingua Franca (official language) under its empire and was used diplomatically. Consequently, by the 900’s BC the Aramaic language began to become a language spoken by many inhabitants around Mesopotamia down to the Transjordan Plateau. The Arameans introduced the Aramaic language, which was also a Semitic language, into Mesopotamia through massive migrations into the east. Moreover, Akkadian would eventually be replaced with Aramaic by the 6th century BC, however, many different ethnic groups spoke their own languages. The matter of fact is, each people’s spoke his or her own language but there was one unified language both politically and locally, hence the Lingua Franca. 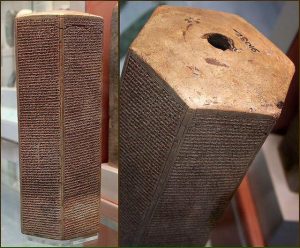 By the mid half of the 7th century BC, the Assyrian empire was rapidly losing its power and grip of its empire and would eventually come to a complete dissemination by 631 BC. A series of revolts broke through from this time period and eventually a new revolution in the mid-east would take place beginning by a prominent Chaldean man by the name of Nabopolasar. Nabopolasar, a native of Ur, gathered an army and began to launch revolts towards Assyria. Assyria, having repressed many other previous Chaldean revolts in the 9th and 8th century BC, and deported mass populations from Babylon, Ur, Uruk and other states from Chaldea, into Assyria was unable to stop this one. Nabopolasar had taken advantage of the death of the very power Assyrian king Ashurbanipal, and formed an alliance with the Medes and Persians and by 612BC the city of Nineveh was turned into ashes. Following this destruction, the Assyrian empire fell to the ground, forever and was succeeded by the Chaldean Empire. 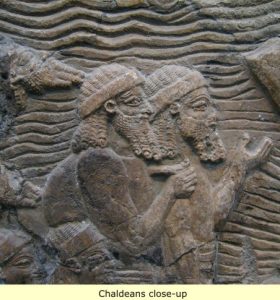 The question remains: who are the Assyrians today?

The answer is quite simple – they are gone. Here’s why: Assyrians lost their language Akkadain, and their empire was multi-ethnic due to the mass deportations. Once the empire fell, Akkadain was neglected and the revolts destroyed their settlements and main cities. The cities, which were conquered, became settlements for the conquerors, as they would continue expanding their empire.

Who are the Modern day Assyrians? There are none and the claim for such would be baseless due to the lack of continuity both linguistically and culturally. The once Mighty and Great empire is now only a glimpse of history which we can only see through primary and secondary sources.

Due to the lack of political identity for Near Eastern minorities, the struggle for identification leads certain groups to make unreliable claims. The claims made are inspired by nationalism and unfactual and fabricated documentation that are in no way accessible, and occur through times of persecution, despair and ignorance.

A language connection to a certain group must be attainable and traceable directly to a group in order for even the slightest claim to be made. In modern society, we have no Akkadain speakers and hence, no traceable evidence to Assyrians. Likewise with the Sumerians, no language connection to such a group is available and hence, unattainable, untraceable, and lost in history.