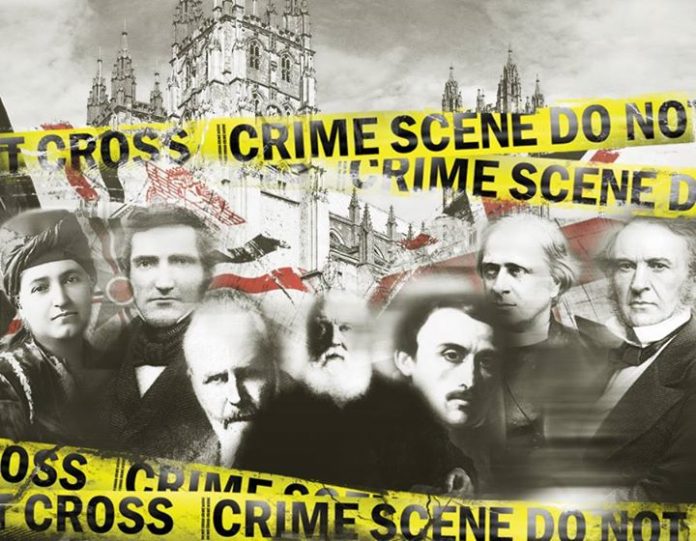 No one can claim that there is a continuous Assyrian nationality in history, or that the Church of the East and especially those who have adopted modern label modern Assyrian because such allegations are not only attempts to jump on science, history, logic, we mean the history of Church of the East herself.

Church of the East was one of the most important Christian churches founded in Mesopotamia and the Middle East and specifically in the cities (Saliq and Ctesiphon) and then spread from the cities in Mesopotamia and even China at the height of its deployment, and included in its belief in many peoples of different races to the point that one Patriarch was a Mongol (Patriarch Mar YAh ballaha) while the church herself was founded by the Chaldeans, and the first and the most important fathers Patriarch historically cared about their Chaldean titles even before becoming any of Catholicism when they were Nestorians, and so do the Nestorian patriarchs of Al Shimon family who stayed at Codjans before the advent of the English spy missions also will show their personal documents.

The Church of the East herself have documents specifying percentages of its founders nationally we will view it in the next parts with an emphasis on the Church of the East called the Assyrian in 1976 .. But before that, let’s dwell briefly on the fact that the ancient Assyrians and ancient Assyrian state, which is still at the hands of coalition Chaldean and Medes in year 612-609 BC, and through evidence collected by world known archaeologists and historians.

– “The disappearance of the Assyrian people will remain in a strange far back in ancient history, because many similar cases to destroy kingdoms have occurred during the history of their people, but kept people alive on their homeland, but it did not happen before that will destroyed entire population as happened with the Assyrians” (Sidney Smith, 1925).

– “Nenawa (Mosul) had turned to ruins, and the population was exterminated or enslaved and one stroke disappeared Assyria from history and have not left any of them, just some of the tactics and weapons of war, and even one stone temples” (American historian William Durant His historical series The Story of Civilization does not appear 1935-1975)

– “The ancient Assyrian state was a multi-tribes and languages, and that the so-called Assyrians today are only speakers of Aramaic” (Crawford von 1980 and is an American archaeologist has Baltnguibat artifacts in Iraq in the eighties of the last century)

– “No one writes in the Assyrian language and is not found on any Assyrian Cuneiform tablets after 609 BC” (the English archaeologist Eckart Ephrem).

– “The Assyrians were staying in ancient Babylon about 2,500 years BC then stretched over the Tigris beyond Nenawa Mosul, they spoke Semitic language and write cuneiform characters on tiles. And this nation have become extinct in the sixth century BC” (Lebanese historian Georgi Zidane in his private Nations layers on peoples, issued in 1912)

– “The British alone just call Nestorians (named Athoree) while everyone called them Tiarah and has no ethnic relationship of these Nestorians Assyrians of Nenawa Mosul. They were Nestorian Christians where the Mongol Tamerlane destroyed their churches and their people thus they  located in eastern Turkey, the mountainous region.  Then, when the Russian took over the Armenian Wan State (walaya), Turkey in 1915, they  lured these Nestorians to trigger a rebellion against the Turks and showered them up arms for a revolution against them, but the failure of the Russians led to their withdrawal which provided an opportunity for the Turks to wipe them out them and cost them thousands of killed people.” (Iraqi historian Abdul-Razzaq al-Hassani history of Iraqi ministries 1953)

– “That the name of the Assyrians came in Aramaic sources and Arab in the form of ((Athor)) and ((Akor)) and Athuree and Akoraon and substitution between letter SH (Shin) and letter TH (Althe) is usual in Semitic languages.  The Modern label naming the Athorees as Assyrians is  borrowed from the old title, assuming that they are descendants of the ancient Assyrians.  The Athorees of today langauge is not the ancient Assyrian language nor is a descended from the ancient Assyrian.  It is
one of the Aramaic dialects of the eastern branch of which, such as the dialect of Mandaeans in Iraq” (Iraqi archaeologist and scholar Taha Baqer 1973)

Other Historical Facts and Evidence

– Archaeologist English Austen Henry Layard discovered traces of Nenawa Mosul and the effects of the ancient Assyrian cities refused to call the Nestorians as Assyrians and said that the relics date back to an extinct people (taking into account that Austen Henry Layard forged between the Nestorians and in all the books that he authored never called them Assyrians but Chaldean Nestorians).

– Bishop Syriac Catholic brand Isaac Armala, bishop of the Syriac Catholic Church in Mardin and who was an eyewitness to the massacres practiced by the Ottoman Turks against the Armenians and Chaldeans and Syriacs in Turkey during World War I and did not mention any Assyrians or Athorees in his book “Alkosara Fe Nagebat Al Nasara” (The genocide of Christians)  allotted for the massacres suffered by the Christians.  He documented Chaldeans and Syriacs and Armenians and Greeks, but there was no mention of the Assyrians.

– Prof. American Kelly Ross, a former professor at the University of California published an article in 2010, entitled Note about the Neo-Assyrians where he criticized the neo-Assyrians for their deliberate acts of to distort history and disrepsect of the ancient civilizations.  He notes their neo-Assyrian title is a modern and was nominated only as a result of their cooperation with Englishmen and England.

Professor Ross tells us about harsh and bitter experience with neo-Assyrians and because of his research publication in 2001, proving that no ethnic relationship linking them to ancient Assyrians.  These Athoress asked from the University President to suspend him and flooded his personal email address with insults and accusations.

We conclude certificates world famous archaeologists and explorers effects that the ancient Assyrians were not distinctive group on their own and that they did exist after the fall of the Assyrian state.  They have not seen a total destruction of an entire people, as happened with the ancient Assyrians.

Historians who lived at the end of the nineteenth century period and the beginning of the twentieth century, refused to call Nestorian as Assyrians but documented them as CHALDEAN Nestorians, as happened with the discoverer of the effects of Nineveh world British archaeologist Austen Henry Layard, while historian Georgi Zaidan described the Assyrians in his book Nations layers in 1912 as an nation nation.  The neo-Assyrians were not known in the 19th century and were called Nestorians.  There was no Assyrian language in the 19th or the 20th century until invented for political means.