Who is the The American Board of Commissioners?

More than 1,000 American leaders and scholars gathered during their annual convention to share their reports and research of Christian communities from around the world.

Annual reports were reviewed by important scholars, compiled and published in the 19th century to all important American members and scholars.

Chaldeans are Natives of Mosul and Mardin, Mesopotamia

In 1882 annual report by The American Board of Commissioners that was presented in their annual convention of about 1,000 scholars and leaders, they outline their research of native Christian communities in Mesopotamia, Pages 48 to 52. The Chaldean native people are well documented as the true native people of Mesopotamia and especially in Mosul and other Chaldean towns around this city.

The annual report is by well respected and educated American scholars and leaders.  This collective report is firm witness that the Chaldean people are the true native of Mosul, Telkeppe, Batnaya, Mardin, and many other Mesopotamian cities.

Here is a list of NATIVE Christian and Jewish communities in Mardin, Mesopotamia

(No other Native Christian community beside the above existed in Mardin, 1882 AD)

Here is a list of NATIVE Christian and Jewish communities in MOSUL, Mesopotamia

(No other Native Christian community existed in Mosul, 1882 AD)

Here is a list of NATIVE Christian, Jewish and Yezidies communities in 35 CHristian villages around MOSUL, Mesopotamia 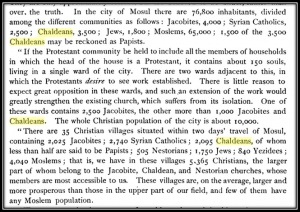 Here is a list of the attendees from all American States 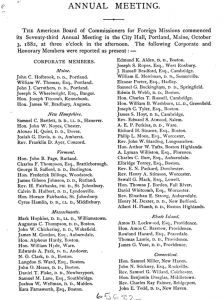 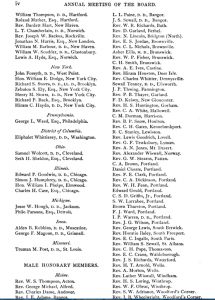 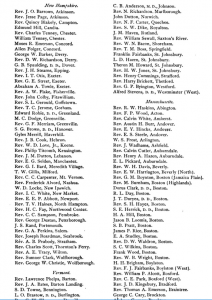 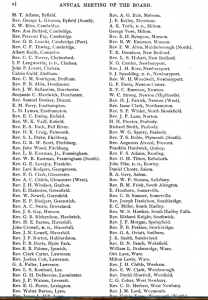 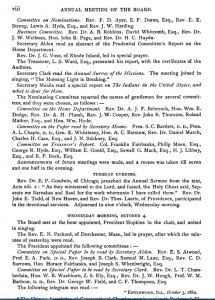