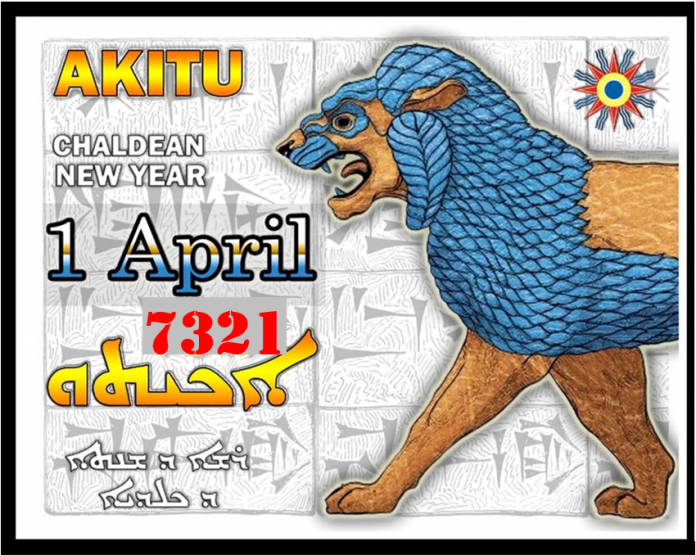 Akitu was an important Chaldean Babylonian temple, located just outside the city, where the annual procession celebrating the New Year took place. The festival of the same name was celebrated in the first few days of the month of Nisan, which marked the beginning of the New Year.

The Chaldean chronicles of the first millennium include statements such as the following regarding the great Chaldean King Nebuchadrezzar II, who conquered Jerusalem: “In the month of April he took Bel and the son of Bel by the hand and celebrated the feast of Akitu.” The following statement with the opposite meaning refers to Nabonidus, the last king of Babylon, overthrown by Cyrus the Great: “The king did not come to Babylon in the month of April, Nabu did not come to Babylon. Bel did not leave in procession. The feast of Akitu was not celebrated” (Falkenstein, 1947, p. 147). These passages reveal the importance the Babylonians attached to the celebration of the New Year, which began in April.